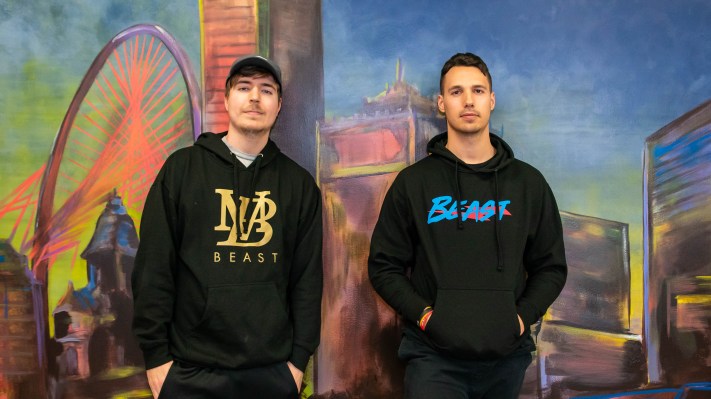 MrBeast’s management company is getting into the venture business.

Night Media, the six-year-old, Dallas-based multimedia talent management company, is closing a debut fund with $20 million in capital commitments from the powerful family-friendly online influencers it manages, along with other social media stars.

The last is a world that Duchscher knows particularly well.

A native North Dakotan who was a wide receiver for North Dakota State University, Duchscher was working for a sports agency after graduating when he stumbled across a comedy group online called Dude Perfect. He so loved their work that he reached out to better understand who its members are and how they made money; within months, Duchscher struck out on his own to work full-time with the group and seize on what appeared to be a big opportunity.

The crown jewel of the portfolio, so to speak, is MrBeast, whose real name is Jimmy Donaldson and who has amassed 55 million subscribers on YouTube. He posts two to three videos each month that routinely rack up at least 30 million views. In a Bloomberg piece in December about Donaldson, famed filmmaker Casey Neistat said of him: “He lives on a different planet than the rest of the YouTube world.”

Some might settle for that level of success. Duchscher — who met Donaldson after sending him a direct message on Twitter — has instead been helping Donaldson and his other clients think about next steps.

Last year, toward that end, Night Media created a venture studio to incubate companies that its stars can help shape and grow. One of those efforts is MrBeastBurger, wherein Donaldson has partnered with 300 ghost kitchens around the country to sell so-called Beast Burgers and other items that can be ordered through a dedicated app. Donaldson has also put his stamp on the second iteration of a game called Finger on the App.

Asked if either the food brand or the app might be open to follow-on funding, Duchscher suggests that’s not necessarily the plan for the startups in the venture studio, though they are open to outside funding “depending on what we’d do with all that capital.” Venture-type investment, he adds, could create unnecessary “complexity” in some cases.

At the same time, Night Media’s talent is interested in learning, molding and capitalizing from the trends impacting their industry. Enter the new venture fund, which could be the start of a much bigger business eventually.

Indeed, though a professional investor is joining the outfit this spring, Duchscher has himself been running the show and spending time with “people in the Valley and L.A. who have been in industry for 20 years and been through multiple funds and financial crises” in order to learn more about institutional investing. He cites Andreessen Horowitz and Lightspeed Venture Partners, for example, as firms that are already sending him deal flow.

As for whether he’s also receiving advice from celebrity investors on the startup scene, Duchscher says there’s less of that, though he adds he has talked quite a bit with Ashton Kutcher’s Sound Ventures and even pulled the firm into a few deals, including Backbone, a company that makes a sleek game controller for iPhones.

It’s one of roughly a dozen startups that Night Media has helped fund to date. Another bet is a rewards app that pays users in bitcoin called Lolli and which is also backed by Craft Ventures and famed talent agent Guy Oseary. Night Media also invested in Pearpop, a startup that invites fans to bid for shared screen time with their favorite TikTok. Italic, a marketplace that invites shoppers to buy luxury products directly from the manufacturers behind top brands, is a portfolio company, too.

All have agreed to work with Night Media in exchange for access to its creators and their know-how — assets that Duchscher believes gives the outfit an edge that most VCs can’t offer.

Whether it all leads to a stronger focus on venture capital down the road is the question, and Duchscher isn’t spending much energy on it right now, he suggests. “It would depend on fund one and how quickly it gets deployed,” he says. “We’re not going to raise because we can. That’s never been the way we think or operate.”

He has more pressing concerns, in any case. A big part of his job is figuring out what to do with inbound interest in his clients, and there’s far more demand right now than there is inventory.

“Usually, people want to work with a specific creator,” he notes, and there are only so many hours in the day.

YouTube’s TikTok rival launches in the US – TechCrunch

US Court Sentences Bitcoin Scammer to 3 Years in Prison After Massive Twitter...
Scroll to top