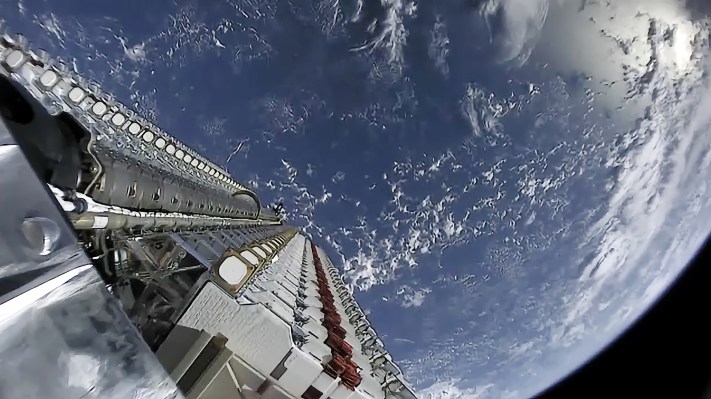 NASA doesn’t just let anyone launch whatever they want to space without checking in with the agency about potential impacts to its own assets on orbit, including the International Space Station (ISS). The agency has a standard set of guidelines around so-called “Conjunction Assessment,” which is basically determine the risk that a close approach between in-space objects might occur, which in turn could potentially result in a collision. This assessment determines when and where something flies, as you might expect.

Today, NASA published a new agreement between itself and SpaceX that goes above and beyond its standard Conjunction Assessment practices. The special agreement, which exists under the mandate of the Space Act that allows NASA to work with any company in order to fulfill its mandate, is defined as a ‘nonreimbursable’ one, or just one in which no money changes hands, which is designed to benefit both parties involved.

It effectively lays out that because SpaceX operates Starlink, which is the largest existing on-orbit constellation of spacecraft, and which is growing at a rapid pace, and because each of these is equipped with the ability to maneuver itself autonomously in response to mission parameters, there needs to exist a deeper ongoing partnership between NASA and SpaceX for conjunction avoidance.

Accordingly, the agreement outlines the ways in which communication and information sharing between NASA and SpaceX will exceed what has been typically been expected. For NASA’s part, it’ll be providing detailed and accurate info about its planned missions in advance to SpaceX so that they can use that to properly program Starlink’s automated avoidance measures whenever a mission is happening where NASA assets might cross paths with the constellation. It’ll also be working directly with SpaceX on improving its its ability to assess and avoid any incidents, and will be providing technical support on how SpaceX might better mitigate “photometric brightness,” or the reflectivity of its Starlink spacecraft.

Meanwhile, SpaceX will be responsible for ensuring its Starlink satellites take ‘evasive action’ to ‘mitigate close approaches and avoid collisions with all NASA assets.” It’ll also be required to provide time frame ‘cut-outs’ for periods when Starlink satellites aren’t able to employ their collision avoidance, which mostly occurs during the phase right after they’re launch when they’re still being activated and put into their target orbits.

Another key point in the agreement is that SpaceX plan Starlink launches so the they’re at minimum either 5km above or below the highest and lowest points of the International Space Station’s orbit as it makes its way around the Earth. Finally, SpaceX is also expected to share its own analysis of the effectiveness of its satellite dimming techniques, so the agency can adjust its own guidance on the subject accordingly.

The full agreement is embedded below, but the main takeaway is that NASA clearly wants SpaceX to be a better low-Earth partner and citizen as the size of its constellation pushes past the 1,200 mark, on track to grow to around 1,500 or more by year’s end. Also, NASA’s putting a lot of trust and responsibility in SpaceX’s hands – basically it’s laying out that Starlink’s built-in autonomous capabilities can avoid any really danger that might arise. The way NASA has structured this document also leaves open the possibility that it could repurpose it for other constellation operators – a growing need given the number of companies working on networks of low-Earth orbit spacecraft.

Quest for prosthetic retinas progresses towards human trials, with a VR assist...