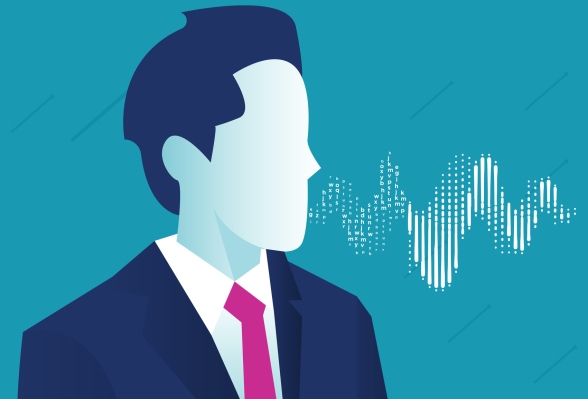 While visual ‘no code‘ tools are helping businesses get more out of computing without the need for armies of in-house techies to configure software on behalf of other staff, access to the most powerful tech tools — at the ‘deep tech’ AI coal face — still requires some expert help (and/or costly in-house expertise).

This is where bootstrapping French startup, NLPCloud.io, is plying a trade in MLOps/AIOps — or ‘compute platform as a service’ (being as it runs the queries on its own servers) — with a focus on natural language processing (NLP), as its name suggests.

Developments in artificial intelligence have, in recent years, led to impressive advances in the field of NLP — a technology that can help businesses scale their capacity to intelligently grapple with all sorts of communications by automating tasks like Named Entity Recognition, sentiment-analysis, text classification, summarization, question answering, and Part-Of-Speech tagging, freeing up (human) staff to focus on more complex/nuanced work. (Although it’s worth emphasizing that the bulk of NLP research has focused on the English language — meaning that’s where this tech is most mature; so associated AI advances are not universally distributed.)

Production ready (pre-trained) NLP models for English are readily available ‘out of the box’. There are also dedicated open source frameworks offering help with training models. But businesses wanting to tap into NLP still need to have the DevOps resource and chops to implement NLP models.

NLPCloud.io is catering to businesses that don’t feel up to the implementation challenge themselves — offering “production-ready NLP API” with the promise of “no DevOps required”.

Its API is based on Hugging Face and spaCy open-source models. Customers can either choose to use ready-to-use pre-trained models (it selects the “best” open source models; it does not build its own); or they can upload custom models developed internally by their own data scientists — which it says is a point of differentiation vs SaaS services such as Google Natural Language (which uses Google’s ML models) or Amazon Comprehend and Monkey Learn.

NLPCloud.io says it wants to democratize NLP by helping developers and data scientists deliver these projects “in no time and at a fair price”. (It has a tiered pricing model based on requests per minute, which starts at $39pm and ranges up to $1,199pm, at the enterprise end, for one custom model running on a GPU. It does also offer a free tier so users can test models at low request velocity without incurring a charge.)

“The idea came from the fact that, as a software engineer, I saw many AI projects fail because of the deployment to production phase,” says sole founder and CTO Julien Salinas. “Companies often focus on building accurate and fast AI models but today more and more excellent open-source models are available and are doing an excellent job… so the toughest challenge now is being able to efficiently use these models in production. It takes AI skills, DevOps skills, programming skill… which is why it’s a challenge for so many companies, and which is why I decided to launch NLPCloud.io.”

The platform launched in January 2021 and now has around 500 users, including 30 who are paying for the service. While the startup, which is based in Grenoble, in the French Alps, is a team of three for now, plus a couple of independent contractors. (Salinas says he plans to hire five people by the end of the year.)

“Most of our users are tech startups but we also start having a couple of bigger companies,” he tells TechCrunch. “The biggest demand I’m seeing is both from software engineers and data scientists. Sometimes it’s from teams who have data science skills but don’t have DevOps skills (or don’t want to spend time on this). Sometimes it’s from tech teams who want to leverage NLP out-of-the-box without hiring a whole data science team.”

“We have very diverse customers, from solo startup founders to bigger companies like BBVA, Mintel, Senuto… in all sorts of sectors (banking, public relations, market research),” he adds.

Use cases of its customers include lead generation from unstructured text (such as web pages), via named entities extraction; and sorting support tickets based on urgency by conducting sentiment analysis.

Content marketers are also using its platform for headline generation (via summarization). While text classification capabilities are being used for economic intelligence and financial data extraction, per Salinas.

He says his own experience as a CTO and software engineer working on NLP projects at a number of tech companies led him to spot an opportunity in the challenge of AI implementation.

“I realized that it was quite easy to build acceptable NLP models thanks to great open-source frameworks like spaCy and Hugging Face Transformers but then I found it quite hard to use these models in production,” he explains. “It takes programming skills in order to develop an API, strong DevOps skills in order to build a robust and fast infrastructure to serve NLP models (AI models in general consume a lot of resources), and also data science skills of course.

“I tried to look for ready-to-use cloud solutions in order to save weeks of work but I couldn’t find anything satisfactory. My intuition was that such a platform would help tech teams save a lot of time, sometimes months of work for the teams who don’t have strong DevOps profiles.”

“NLP has been around for decades but until recently it took whole teams of data scientists to build acceptable NLP models. For a couple of years, we’ve made amazing progress in terms of accuracy and speed of the NLP models. More and more experts who have been working in the NLP field for decades agree that NLP is becoming a ‘commodity’,” he goes on. “Frameworks like spaCy make it extremely simple for developers to leverage NLP models without having advanced data science knowledge. And Hugging Face’s open-source repository for NLP models is also a great step in this direction.

“But having these models run in production is still hard, and maybe even harder than before as these brand new models are very demanding in terms of resources.”

The models NLPCloud.io offers are picked for performance — where “best” means it has “the best compromise between accuracy and speed”. Salinas also says they are paying mind to context, given NLP can be used for diverse user cases — hence proposing number of models so as to be able to adapt to a given use.

“Initially we started with models dedicated to entities extraction only but most of our first customers also asked for other use cases too, so we started adding other models,” he notes, adding that they will continue to add more models from the two chosen frameworks — “in order to cover more use cases, and more languages”.

SpaCy and Hugging Face, meanwhile, were chosen to be the source for the models offered via its API based on their track record as companies, the NLP libraries they offer and their focus on production-ready framework — with the combination allowing NLPCloud.io to offer a selection of models that are fast and accurate, working within the bounds of respective trade-offs, according to Salinas.

“SpaCy is developed by a solid company in Germany called Explosion.ai. This library has become one of the most used NLP libraries among companies who want to leverage NLP in production ‘for real’ (as opposed to academic research only). The reason is that it is very fast, has great accuracy in most scenarios, and is an opinionated” framework which makes it very simple to use by non-data scientists (the tradeoff is that it gives less customization possibilities),” he says.

“Hugging Face is an even more solid company that recently raised $40M for a good reason: They created a disruptive NLP library called ‘transformers’ that improves a lot the accuracy of NLP models (the tradeoff is that it is very resource intensive though). It gives the opportunity to cover more use cases like sentiment analysis, classification, summarization… In addition to that, they created an open-source repository where it is easy to select the best model you need for your use case.”

While AI is advancing at a clip within certain tracks — such as NLP for English — there are still caveats and potential pitfalls attached to automating language processing and analysis, with the risk of getting stuff wrong or worse. AI models trained on human-generated data have, for example, been shown reflecting embedded biases and prejudices of the people who produced the underlying data.

Salinas agrees NLP can sometimes face “concerning bias issues”, such as racism and misogyny. But he expresses confidence in the models they’ve selected.

“Most of the time it seems [bias in NLP] is due to the underlying data used to trained the models. It shows we should be more careful about the origin of this data,” he says. “In my opinion the best solution in order to mitigate this is that the community of NLP users should actively report something inappropriate when using a specific model so that this model can be paused and fixed.”

“Even if we doubt that such a bias exists in the models we’re proposing, we do encourage our users to report such problems to us so we can take measures,” he adds.

Critical security risks to IoT on cellular networks and how to handle them:...