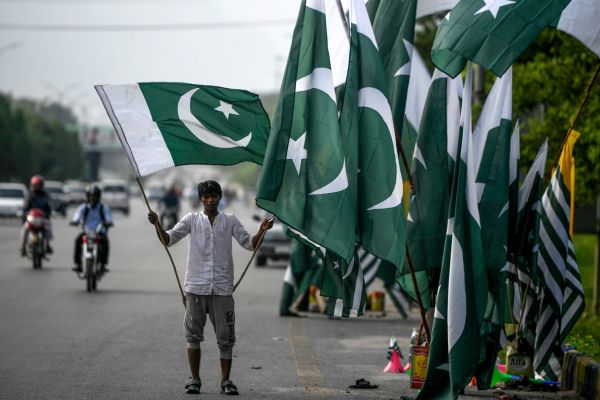 Pakistan has temporarily blocked several social media services in the South Asian nation, according to users and a government-issued notice reviewed by TechCrunch.

In an order titled “Complete Blocking of Social Media Platforms,” the Pakistani government ordered Pakistan Telecommunication Authority to block social media platforms including Twitter, Facebook, WhatsApp, YouTube, and Telegram from 11am to 3pm local time (06.00am to 10.00am GMT) Friday.

The move comes as Pakistan looks to crackdown against a violent terrorist group and prevent troublemakers from disrupting Friday prayers congregations following days of violent protests.

Earlier this week Pakistan banned the Islamist group Tehrik-i-Labaik Pakistan after arresting its leader, which prompted protests, according to local media reports.

An entrepreneur based in Pakistan told TechCrunch that even though the order is supposed to expire at 3pm local time, similar past moves by the government suggests that the disruption will likely last for longer.

Though Pakistan, like its neighbor India, has temporarily cut phone calls access in the nation in the past, this is the first time Islamabad has issued a blanket ban on social media in the country.

Pakistan has explored ways to assume more control over content on digital services operating in the country in recent years. Some activists said the country was taking extreme measures without much explanations.

What kind of national emergency we are dealing with that govt banned entire social media temporarily? These arbitrary decisions of blocking and banning have never done any good instead opened ways to blanket bans.

Central Bank of Turkey to Ban Use of Cryptocurrencies to Purchase Goods amid...
Scroll to top