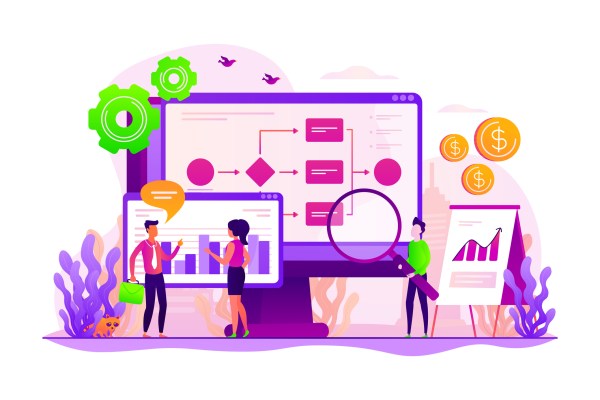 When UIPath filed its S-1 last week, it was a watershed moment for the robotic process automation (RPA) market. The company, which first appeared on our radar for a $30 million Series A in 2017, has so far raised an astonishing $2 billion while still private. In February, it was valued at $35 billion when it raised $750 million in its latest round.

RPA and process automation came to the fore during the pandemic as companies took steps to digitally transform. When employees couldn’t be in the same office together, it became crucial to cobble together more automated workflows that required fewer people in the loop.

RPA has enabled executives to provide a level of workflow automation that essentially buys them time to update systems to more modern approaches while reducing the large number of mundane manual tasks that are part of every industry’s workflow.

When UIPath raised money in 2017, RPA was not well known in enterprise software circles even though it had already been around for several years. The category was gaining in popularity by that point because it addressed automation in a legacy context. That meant companies with deep legacy technology — practically everyone not born in the cloud — could automate across older platforms without ripping and replacing, an expensive and risky undertaking that most CEOs would rather not take.

RPA has enabled executives to provide a level of workflow automation, a taste of the modern. It essentially buys them time to update systems to more modern approaches while reducing the large number of mundane manual tasks that are part of just about every industry’s workflow.

While some people point to RPA as job-elimination software, it also provides a way to liberate people from some of the most mind-numbing and mundane chores in the organization. The argument goes that this frees up employees for higher level tasks.

As an example, RPA could take advantage of older workflow technologies like OCR (optical character recognition) to read a number from a form, enter the data in a spreadsheet, generate an invoice, send it for printing and mailing, and generate a Slack message to the accounting department that the task has been completed.

We’re going to take a deep dive into RPA and the larger process automation space — explore the market size and dynamics, look at the key players and the biggest investors, and finally, try to chart out where this market might go in the future.

UIPath is clearly an RPA star with a significant market share lead of 27.1%, according to IDC. Automation Anywhere is in second place with 19.4%, and Blue Prism is third with 10.3%, based on data from IDC’s July 2020 report, the last time the firm reported on the market.

Two other players with significant market share worth mentioning are WorkFusion with 6.8%, and NTT with 5%.