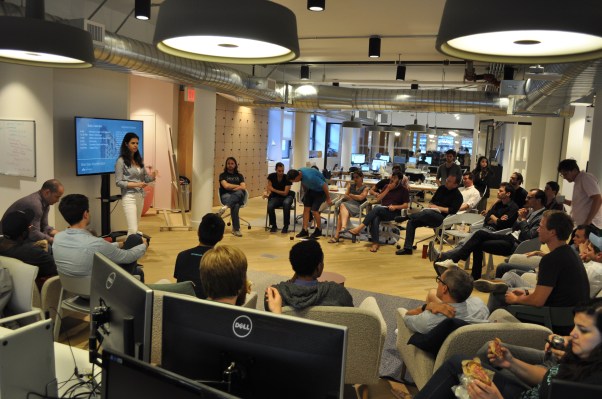 Techstars NYC just announced the 10 startups participating in this year’s program, making up what Managing Director Jenny Fielding described as the accelerator’s most global class yet.

“We’ve always had applications from around the world and I was always able to take companies from anywhere,” Fielding said. “But the truth is, when you run Techstars New York, if you don’t have five companies from New York, there’s a feeling that you’re letting the ecosystem down a little bit.”

Now that the program is almost entirely virtual, Fielding said she felt free to “open up the geos.” In fact, not a single one of the startups is based in New York — instead, there are multiple San Francisco and Washington, D.C. companies, as well as others based in the France, Israel, Kenya, Portugal and the United Kingdom.

Fielding argued that even without New York startups, the accelerator still has a New York identity, because it connects global startups with the New York ecosystem.

After conducting last year’s accelerator virtually, Fielding said the hardest element to recreate has been the in-person camaraderie between the founders. So she’s hoping to have an in-person meetup here at the end of May, although the logistics of that meetup will depend on what’s safe and legal at that time (and what the entrepreneurs are comfortable with).

Other aspects of the virtual experience are likely to stick around post-pandemic. After all, Techstars hosts around 200 mentors per class, and Fielding said the virtual program marked the first time “nobody was late.” Similarly, she suggested that demo day remains an “open question,” as an extended period of investor meetings seems to be driving more fundraising for the startups.

Meanwhile, here are the startups:

Bitcoin, crypto investors will be watching these 5 questions facing the Biden...