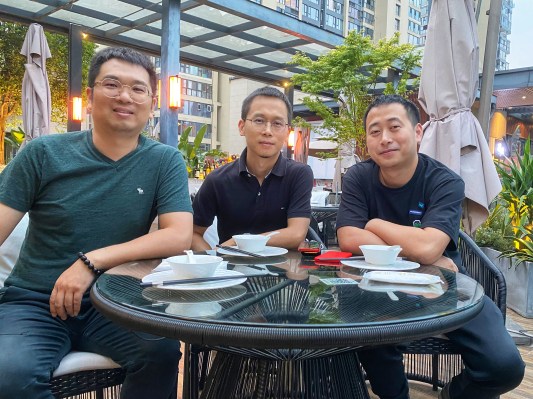 Digital payments are going mainstream around the world. By the end of 2020, there were more than 300 mobile money providers with over 100,000 active users, according to a report published by GSMA, an industry association for mobile network operators. Altogether, over 300 million mobile money accounts were active every month around the world.

Mobile money providers — more commonly known as e-wallets — are used to transfer money, pay and receive payments through mobile phones without the need for a traditional bank. They are useful so long as they enjoy wide adoption and a strong network effect. But even a popular service like Ant Groups’s Alipay, which has over one billion annual users, is practically unusable outside China due to its low penetration in most countries.

The problem is there is no interoperability between most wallets as there is between traditional banks, suggested Xue Zhixiang, who worked on the basic infrastructure for Alibaba’s cloud unit and Alipay before starting WalletsClub.

Registered in Hong Kong in 2019 with a small operational team in mainland China, WalletsClub sets its sights on becoming the Visa for digital wallets, making money transfers possible between the world’s hundreds of electronic money services.

“We are like a clearinghouse for digital wallets,” said Xue, the company’s CEO.

A clearing system is an intermediary for two parties engaged in a financial transaction. It’s designed to ensure the efficiency and security of a transfer by validating the availability of the funds and logging the transfer between two transacting parties. Payments can be sent and received in real-time using WalletsClub, Xue claimed, and its technology is based on the “ISO 20022” standard, a common language for financial institutions to exchange data across the globe.

In other words, WalletsClub is going after the hundreds of e-wallets around the world rather than individual end-users. Its vision is to let people pay with any mobile wallet anywhere as long as the sender’s service provider or financial institution and the receiver’s equivalent services are members of WalletsClub, similar to how Visa and Mastercard process credit cards issued by different banks that are in their networks. The company plans to monetize by charging a flat fee per transaction.

By adding interoperability to electronic wallets, even small, regional players can thrive because they gain compatibility wherever a clearing system is in place.

Instead of challenging the traditional financial system, WalletsClub wants to provide a way for unbanked individuals to easily move money around through digital wallets, which are easier to obtain than a bank account. A big demand will come from overseas migrant workers who need to send money back to their home countries, such as the millions of Southeast Asian workers abroad.

WalletsClub is potentially encroaching on the territory of a few players. Expatriate workers sending money home currently revert to longstanding remittance services like Western Union or MoneyGram, which have large networks of “agent” locations where users go send or collect money. In 2018, Alipay began allowing users in Hong Kong to send money to GCash accounts in the Philippines, but “the focus of Ant Group is payments rather than remittance,” Xue observed.

In 2019, money sent home from diaspora workers became the largest source of external financing in low- and middle-income countries excluding China, according to World Bank data. The money flows amounted to over $500 billion and surpassed the levels of foreign direct investment in these regions.

The other type of business that a clearinghouse for mobile wallets could threaten is cross-border payment aggregators, which save merchants from having to integrate with various digital payment methods.

The biggest challenge for the nascent startup is to establish trust with clients. At this stage, WalletsClub in talks with electronic money services founded by Chinese entrepreneurs in Hong Kong, Singapore and Canada. Chinese-made wallets are especially plentiful in emerging markets, thanks to these founders’ learning from China’s fintech boom over the decade. Many of them found it hard to compete with behemoths like Tencent and Ant, let alone China’s tightening regulations around fintech.

“If we reach 20 members and have several hundreds of transactions between every pair of members on a daily basis, we are basically profitable,” said Xue, adding that the goal is to onboard a dozen customers by this year.

Bitcoin Crashed down to $30K-What’s Next?
Scroll to top