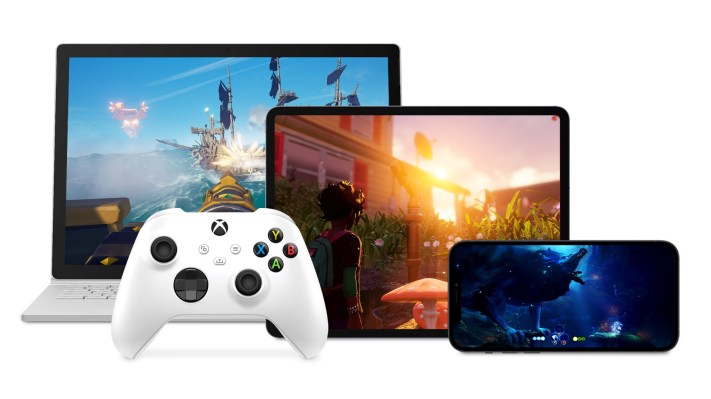 The era of cloud gaming hasn’t arrived with the intensity that may have seemed imminent a couple years ago when major tech platforms announced their plays. In 2021, the market is still pretty much non-existent despite established presences from nearly all of tech’s biggest players.

Microsoft has been slow to roll out its Xbox Cloud Gaming beta to its users widely across platforms, but that’s likely because they know that, unlike other upstart platforms, there’s not a huge advantage to them rushing out the gate first. This week, the company will begin rolling out the service on iOS and PC to Game Pass Ultimate users, sending out invited to a limited number of users and scaling it up over time.

“The limited beta is our time to test and learn; we’ll send out more invites on a continuous basis to players in all 22 supported countries, evaluate feedback, continue to improve the experience, and add support for more devices,” wrote Xbox’s Catherine Gluckstein in a blog post. “Our plan is to iterate quickly and open up to all Xbox Game Pass Ultimate members in the coming months so more people have the opportunity to play Xbox in all-new ways.”

The service has been available in beta for Android users since last year but it’s been a slow expansion to other platforms outside that world.

A big part of that slowdown has been the result of Apple playing hardball with cloud gaming platform providers, whose business models represent a major threat to App Store gaming revenues. Apple announced a carve-out provision for cloud-gaming platforms that would maintain dependency on the App Store and in-app purchase frameworks but none of the providers seemed very happy with Apple’s solution. As a result, Xbox Cloud Gaming will operate entirely through the web on iOS inside mobile Safari.

Whales Move Over $4 Billion in BTC During Sunday’s Market Carnage, 150...