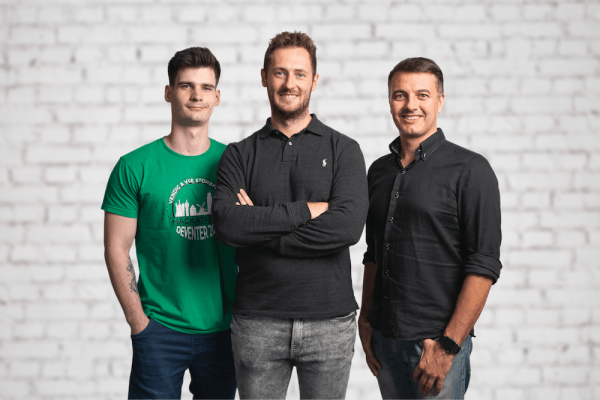 “Headless commerce” is a phrase that gets thrown around lot (I’ve typed it several times today already), but Vue Storefront CEO Patrick Friday has an especially vivid way of using the concept to illustrate his startup’s place in the broader ecosystem.

“Vue Storefront is the bodiless front-end,” Friday said. “We are the walking head.”

In other words, while most headless commerce companies are focused on creating back-end infrastructure, Vue powers the front-end, namely the progressive web applications with which consumers actually interact. The company describes itself as “the lightning-fast frontend platform for headless commerce.”

Friday said that he and CTO Filip Rakowski created the Vue Storefront technology as an open-source project while working at e-commerce agency Divante, before eventually spinning it out into a separate startup last year. The company was also part of the most recent class at accelerator Y Combinator, and it recently raised $1.5 million in seed funding led by SMOK Ventures and Movens VC.

As they’ve built a business around the core open-source technology, Friday and his team have realized that Vue has more to offer than just building web apps, because it connects e-commerce platforms like Magento and Shopify with headless content management systems like Contentstack and Contentful, payments systems like PayPal and Stripe and other third-party services.

In fact, Friday said customers have been telling them, “You are like the glue. Headless was so complex to me, and then I got this Vue Storefront thing to come in on top everything else and be the glue connecting things.”

The platform has been used to create more than 300 stores worldwide. Friday said adoption has accelerated as the pandemic and resulting growth in e-commerce have driven businesses to realize they’re using “this legacy platform, using outdated frameworks and technologies from a good four or five years ago.”

Rakowski added, “We also see that many customers actually come to us deciding that Vue Storefront can be the first step of migration to another platform. We can quickly migrate the front-end and write back-end agnostic code.”

Because it had just raised funding, the Vue Storefront team did not participant in the recent YC Demo Day, and will be presenting at the next Demo Day instead. In the meantime, it will be holding its own virtual Vue Storefront Summit on April 20.

‘It’s survival for people. It’s self-respect’: Why your kids really...
Scroll to top